“While being stuck in one place, our memories have become particularly vivid – and what I remember most often is travel. Beyond the physicality of spaces, that idea of movement – of journeys, of being on your way somewhere – is something I truly miss. The void that exists in between places: I wanted to capture that.”
– Ben Gorham, Grunnlegger og Creative Director, Byredo 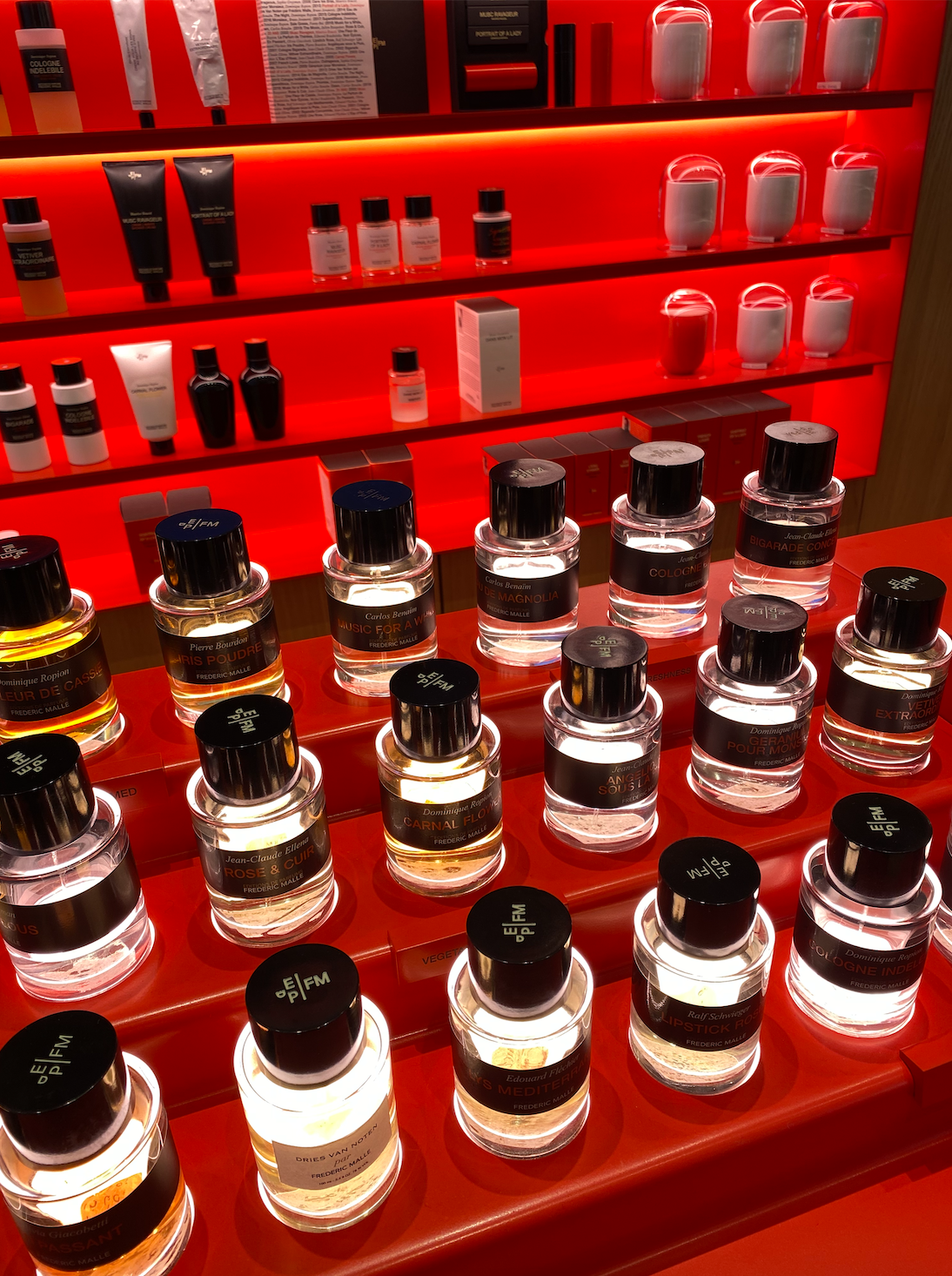 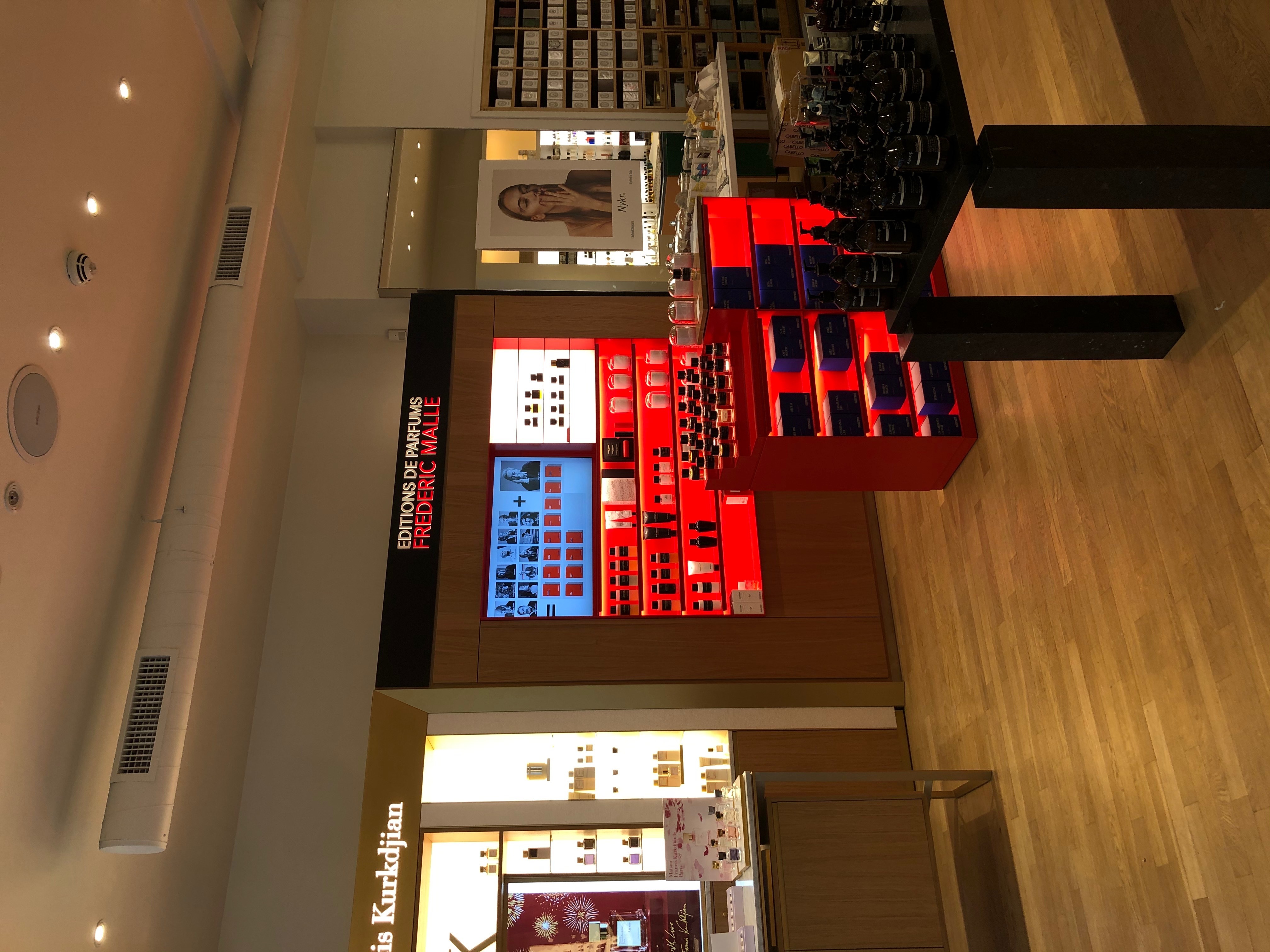 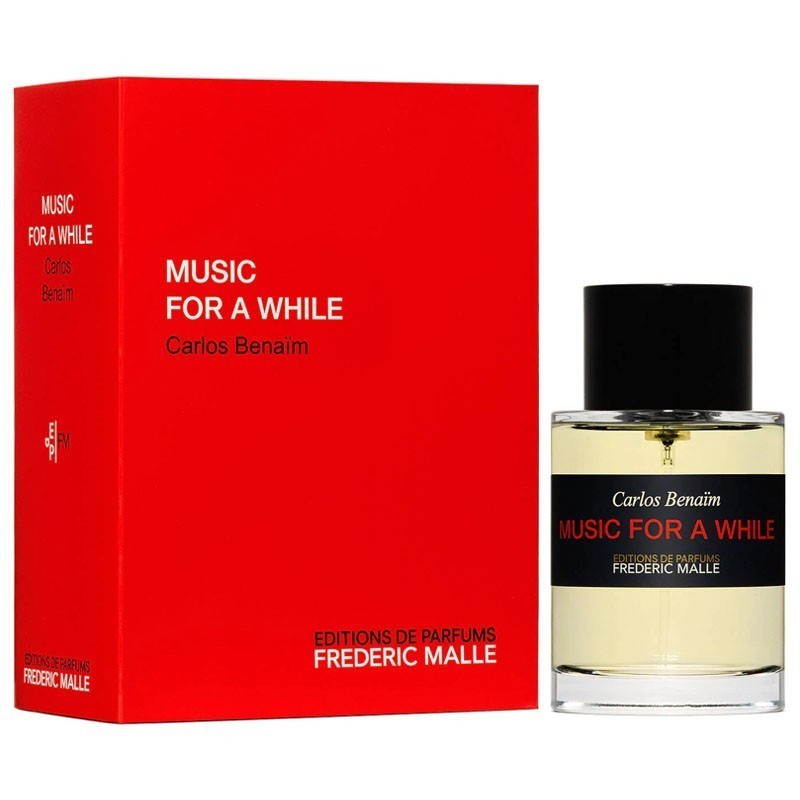 Toves februar-duft: Music for a While fra Frédéric Malle. 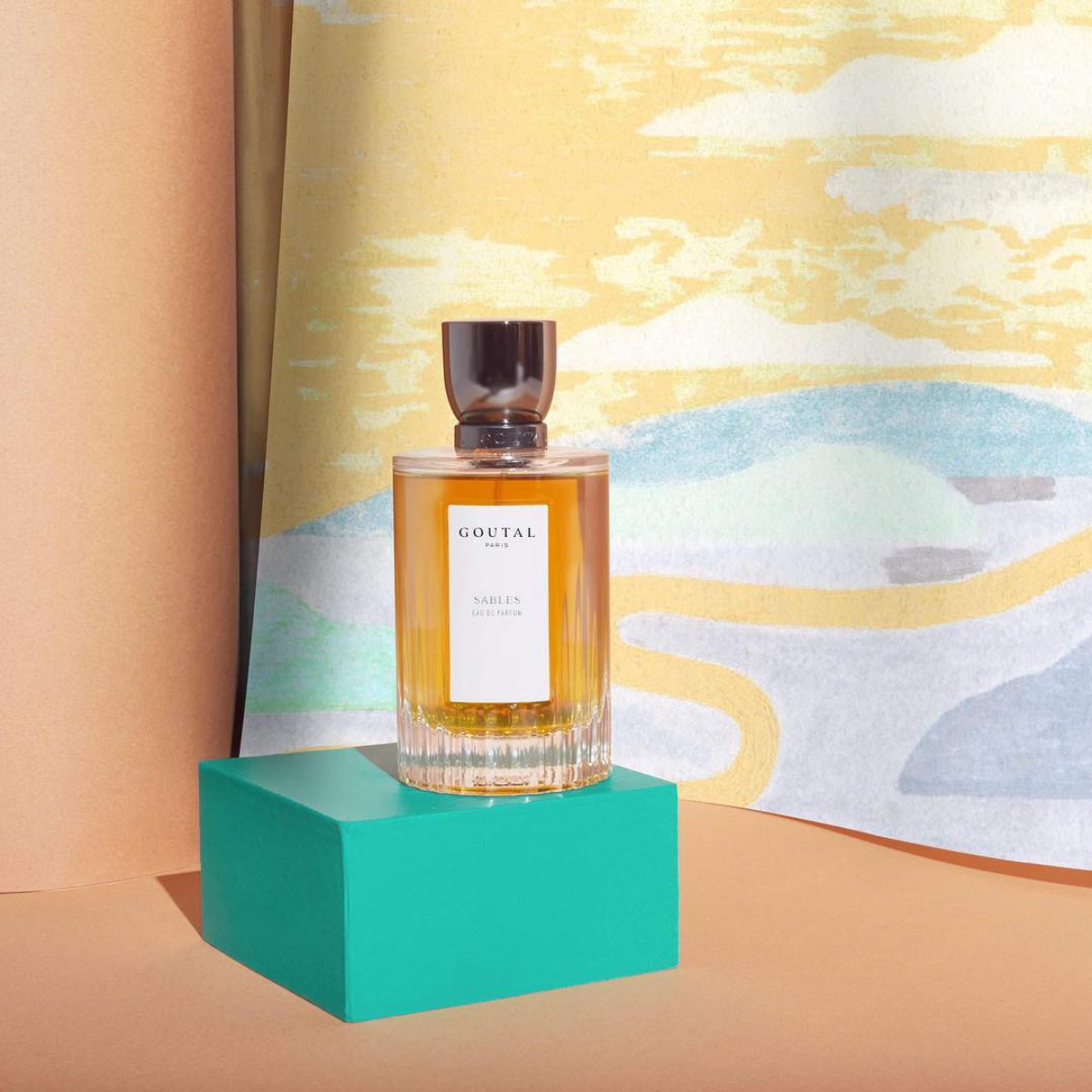 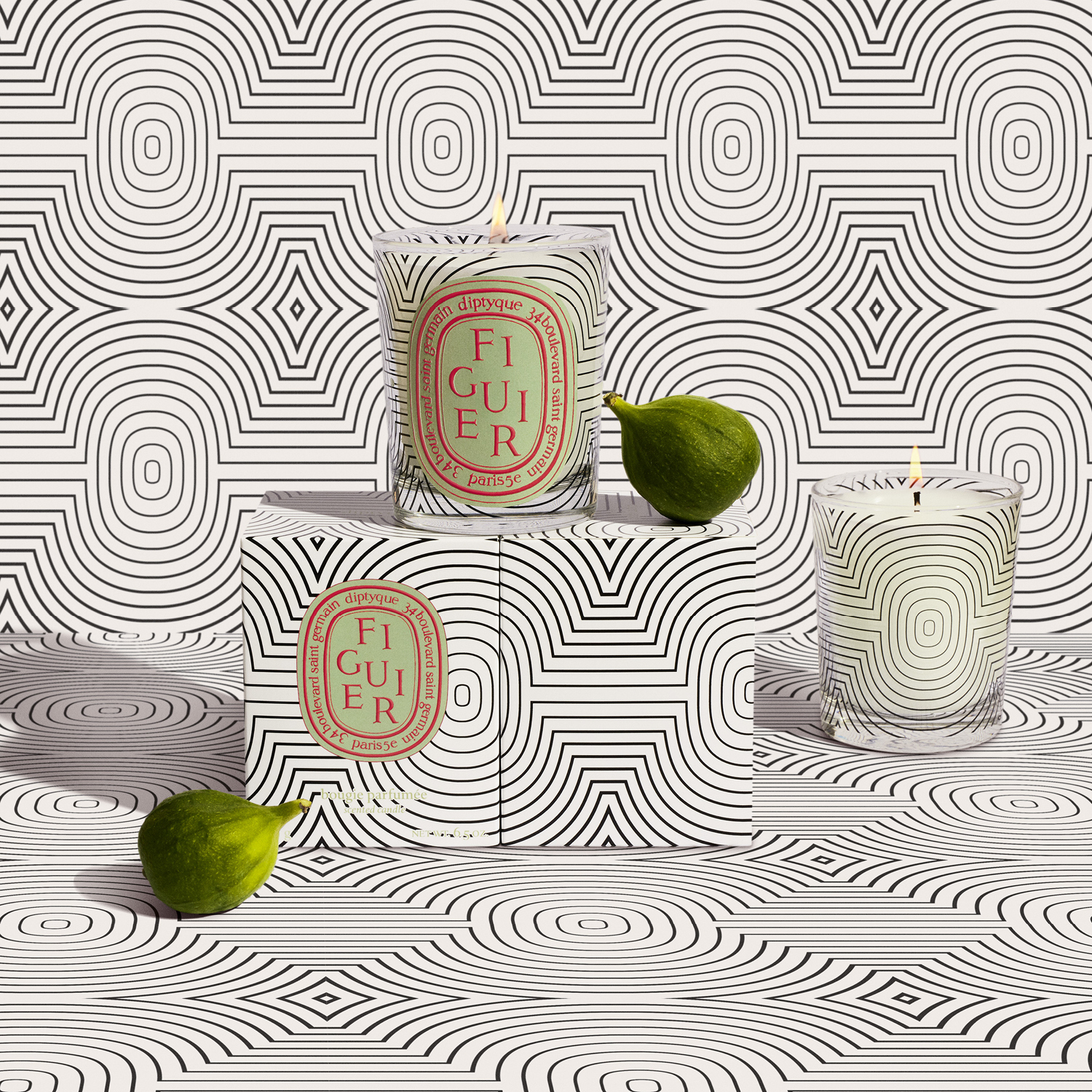 Slowly, the evening was drawing in.

The frost on the trees was sparkling with the setting of the winter sun. The Paris skyline was bathed in a final glow of iridescence.

It was cold. The air itself seemed to have turned to ice.
A strange magic wrapped itself around the town.

Passers-by quickened their pace. Their arms laden with packages, they sought the warmth and comfort of their homes. One by one, the lights of the town smiled upon them as they passed, edging with gold the curve of a bridge or storefront. It was time to go home. Everyone could feel it.  Everyone? No.

At the entrance to the diptyque boutique at 34 boulevard Saint Germain emerged the shadow of a small cat, its twin yellow eyes glittering in the moonlight. All at once, it leaped forward – but where was it going?

The cat came to a park square. In the centre, a fountain covered in snow. Not a sound could be heard. The water was still. Around the basin of the fountain stood three stone animals, majestic in their eternal and petrified slumber.

With one swipe of its paw in the water, the cat broke the spell.

At once, the fountain began to murmur.
A delicate mist curled and twisted in pearly-white wreaths around the marble statues. The columns lit up.

One by one, miraculously, the animals stretched out and came to life!

The Lion, proud and powerful; the Swan, resplendent in mystery; the Deer, swift
and loyal. Rising from their frozen dreams, the trio descended from their pedestal under the envious gaze of the gargoyles on the nearby church. At the foot of the fountain, they came together to confer. What course of action did they agree on?

Each animal set off into the snowbound town. What adventure awaited them?

Floral Majesty.
The Lion was the first to leave. Padding slowly and majestically, it reached the Seine, its gentle paws leaving behind flower-shaped prints in the snow.

On the Pont des Arts, it paused for a moment to contemplate its reflection in the water. Its mane, waving in the wind; its coat, covered in snow crystals. Suddenly in a fluttering of wings, the Swan came gliding under the bridge, interrupting the Lion’s reverie.

A glance of acknowledgement passed between the two, then each of them moved on. Here is the Louvre, former residence of kings. Regally, the Lion entered the Jardin des Tuileries, reaching the rose bed with its head held high. Red, coral and tender pink, the roses slept beneath the frost. The Lion rubbed its muzzle along the flowerbed and the flowers opened, one by one. Joy, delight and radiant energy: a wondrous fragrance rose up over the town!

diptyque’s Floral Majesty candle captures a bouquet of roses warmed with spices: clove, nutmeg and fiery cinnamon. An audacious floral scent, ideal for the time when an abundance of cheer and mirth hold sway.

Amber Feather.
The Swan continued on its way, spreading out its pristine white wings as it soared
above the town. First it followed the river, on which the palaces were decked in festive décor. Then, rising high into the dark blue night, it disappeared in the direction of an enchanting garden –the Parc des Buttes-Chaumont in north–east Paris, one of the largest green spaces in the capital. In the middle of the park, the Swan came to a lake, and in the middle of the lake a rocky hill. Upon the hill perched a little white temple.

Who can say what luminous instinct guided the Swan’s flight here? It wheeled around the black rock, then began its approach. Within the rotunda, sheltered by a high column, sat a piece of amber resin, shining with a light that was half-moon, half-sun.

The beautiful bird unfurled its silken wings, creating the gentlest of breezes. From the amber a thousand fragments of light, along with a multitude of deeply soothing scents were released. To create Amber Feather candle, diptyque brought together a few soft feathers combined with citrus notes and a warm accord: luminous orange, cinnamon and ginger to make the atmosphere vibrate, softened by the most welcoming of amber accords.

Moonlit Fir.
Not far away, the Deer parted the foliage, nodded in greeting to the Swan and leaped onward, filled with the energy of the trees, with their tangy sap and the vigor of their bark. Within those mighty trees, it felt the whole spirit of the earth rising-up.

But it was time. Trotting briskly, the Deer left the park.

With the wind beneath its hooves, the Place des Vosges was barely any distance at all. Dusted with snowflakes, the Deer arrived.

In the middle of the square stood a number of massive fir trees, all alight with tinsel and stars, so radiant with promise. Mingling its golden antlers with the branches, it shook them merrily. With each shake, it released precious scents redolent of fir tree, of resin and of freshness. Finally, it set off again, its antlers laden with beads, silver bells, colored balls and green notes.

In its Moonlit Fir candle, diptyque captures the invigorating beauty of a forest full of scents. The essence of fir trees in deep winter in Siberia and Canada, sparkling under glacial notes of eucalyptus, rosemary and peppermint. In this candle the full spirit of the festive season sparkles.

But all too soon, dawn arrived, and on the horizon, a ruddy glow began to break through.

Swiftly, the animals returned to the fountain. Lion, Deer and Swan, all three settled down in tranquility and slept again, their wondrous destiny fulfilled. Soon, very soon, the town would wake to find itself … changed.

Passers-by coming back to the streets might perhaps be amazed, wondering where these new scents came from. Exhilarating bouquets, leaving the air fragranced with jubilation and joy. More observant strollers would detect a few paw prints in the snow, a fine blueish feather or a stray bell.

And the day would be more magical than ever.

Only the cat knows why.

Discover the collection/ Oppdag kolleksjonen her

Through his surreal and exquisitely detailed illustrations, the Parisian artist Ugo invites us to travel and dream. His stories are intertwined in vivid scenes, revealing a multitude of worlds nested together, dreamlike universes, where we can temporarily wander and lose ourselves.